We recently posed the question ‘who do you believe should be classed as the first leader of Ireland?’ The options given were as follows;

Eamon deValera who became President of Dail Eireann in April 1919 after his release from a British prison.

W T Cosgrave who assumed the role of President of the Provisional Government following the assassination of Collins and was the first leader to face the electorate in a General Election.

Douglas Hyde who became the first President of Ireland in 1937.


Collins despite only holding the titled position of Chairman of the Provisional Government of the Irish Free State only from January to August 1922 he is credited as being this nation’s first leader. 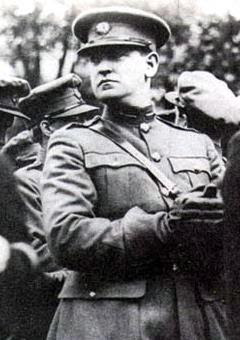