The Academy Award nominated 1959 movie 'On The Beach' was adapted from a novel by Nevil Shute. The movie starred Eva Gardner and Gregory Peck. Shute had been born in Ealing, London in 1899 and as a young man followed his father Arthur Hamilton Norway to Ireland when Hamilton Norway as appointed head of the Irish Post Office. Norway was in the GPO in O'Connell Street at Midday on Easter Monday 1916 when the rebels attacked, seized the building and declared a Republic. Norway being a diligent public servant, had letters to write, even though it was a bank holiday. While his wife sat sewing in the Royal Hibernian Hotel on Dawson Street, where the family lived, and their son Nevil went for a ride on his motorbike, he dropped in to his office at the GPO to collect some papers. He was just sitting down at his desk when the phone rang and Sir Matthew Nathan, Under-Secretary of the Irish administration, asked him to go immediately to Dublin Castle.
Nevil was commented in military dispatches after the Rising for his actions as a stretcher bearer under fire from the enemy. He later moved to Australia where he became a successful novelist and aeronautical engineer. 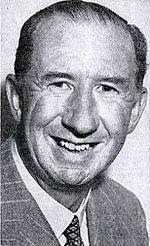