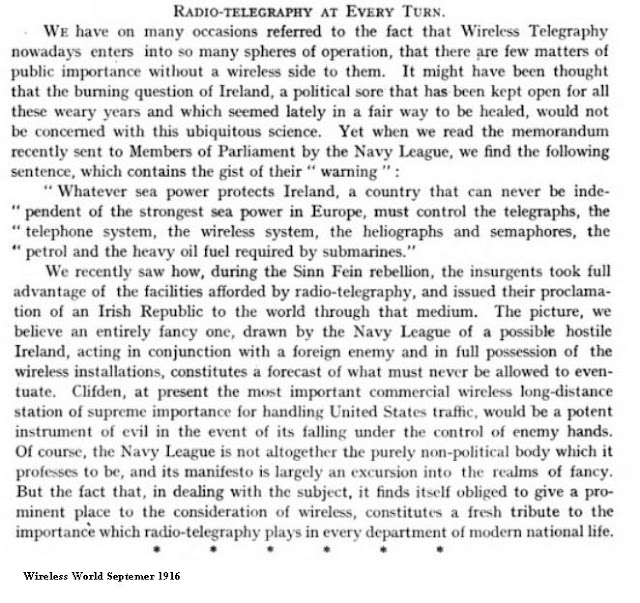 This is an editorial from the September 1916 edition of Wireless World published in the UK. There was an awareness that the rebels had used radio to announce the declaration of the Republic and it is obvious that it was of concern not only that the rebels had used radio but the future ramifications of such actions. This was still the First World War and the British use of The Defense of the Realm act to control the media.

The location of the rebel radio station had been mentioned in the same publication in June 1914 when it was reported that the School's owner PK Turner had offered that the Dublin Wireless Club founded a year earlier could meet at the School for their monthly meetings. At their first meeting in O'Connell Street in April 1914 PK Turner demonstrated his Marconi equipment using a short indoor aerial and receiving signals from Paris and from a number of ships in the Irish Sea.