Today we have all heard about photo shopping and airbrushing with these terms often associated with propaganda battles in modern war zones but in 1916 the British were already airbrushing their take on Irish history and attempting to rewrite factual narratives. The most famous incident during the 1916 Rising of this airbrushing was the attempted removal of Nurse Elizabeth O'Farrell from the surrender photograph that was posed for the newspapers featuring Padraig Pearse with General Lowe and his son. These altered photographs were printed in the newspapers eliminating any questions that women took an active role in the Rising. 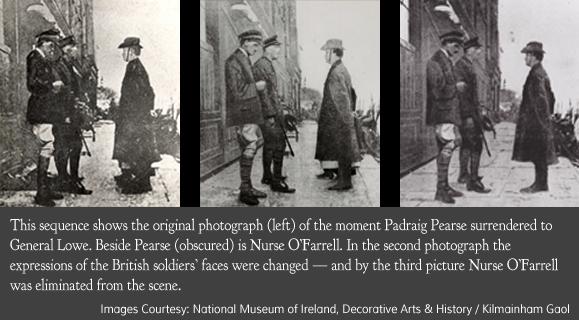 Another photograph was published and appeared in newspapers on both sides of the Atlantic. The newspaper reported that it was a photograph of 'rebel snipers taking aim at British forces'. The problem is two fold, firstly the photograph was not taken during the Rising but in 1914 and to prove it was posed in 1914, the suited gentleman at the bad of the four volunteers is seated in a relaxed pose. This man has been airbrushed out to make it look like the 'action' photograph was taken in the middle of the fight. Perhaps if we look closely at today's media very little has changed. 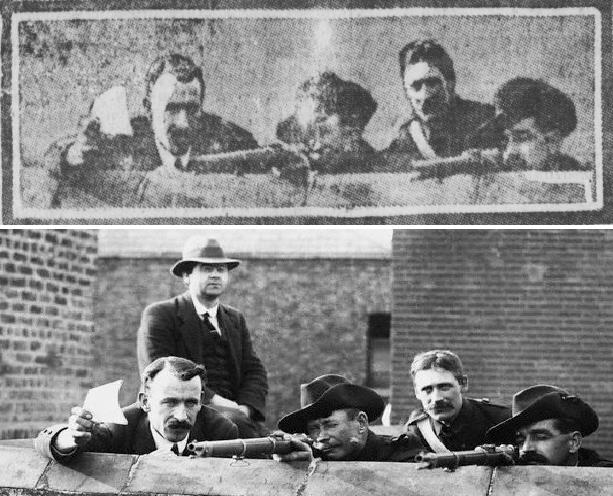