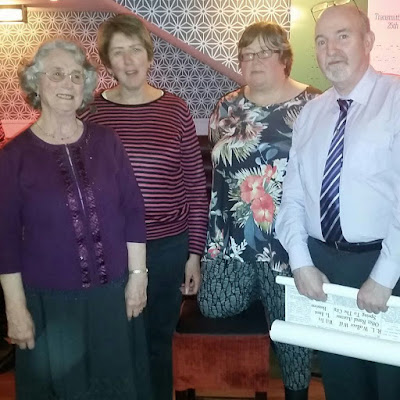 On April 25th 2016 exactly 100 years to the day since rebel forces during the 1916 Easter Rising broadcast across the world, the descendents of those brave volunteers gathered in the Grand Central Bar on O'Connell Street, Dublin to reenact those historic broadcasts. The Grand Central Bar was Reis's Chambers in 1916 the location of the radio rebel radio station. 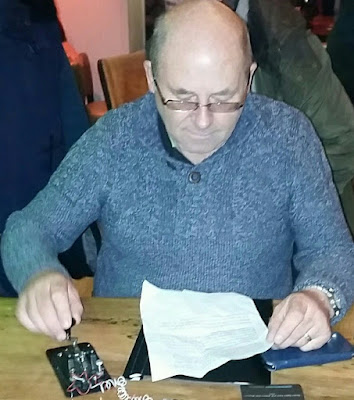 Organized by Brian Greene and Dennis Gamble the event brought together the relatives of John Blimey O'Connor, Fergus O'Kelly and Joseph Plunkett, amateur radio broadcasters like Pat Herbert and Tony Breatnach of the Hurdy Gurdy Museum in Howth, students from the media department at DCU, historians and raconteurs with myself who delivered a talk from my book Rebel Radio about those historic innovative transmissions.

Seoirse Plunkett, a nephew of Joseph Plunkett brought a old vintage spark transmitter, while Tony tapped out the Morse messages dispatched by the operators a century a ago.

An emotional and wonderful night with ceol agus craic. 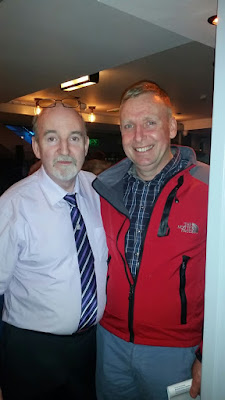 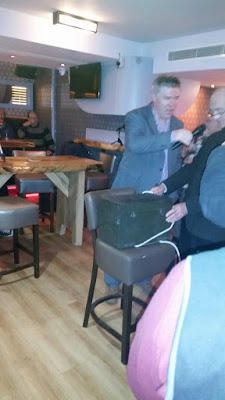 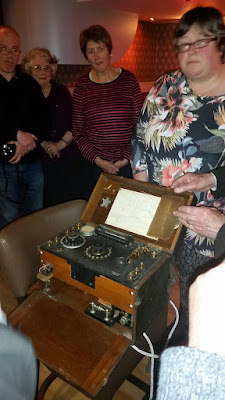 The O'Connor relatives posing with the Plunkett spark transmitter
Posted by The Archivist at Sunday, May 01, 2016