The Most Photographed Rebel after the 1916 Rising

With the surrender ordered by Padraig Pearse, the rank and file rebels were dispatched by ship to England and Wales while the leaders were court martialled. As the rebellion ended news photographers began to cover the city, the destruction and the aftermath of six days of fighting.

But as I researched another article I kept spotting the same rebel prisoner face and I wonder is he the most photographed rebel in Dublin after the Easter Rising. 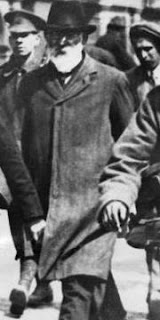 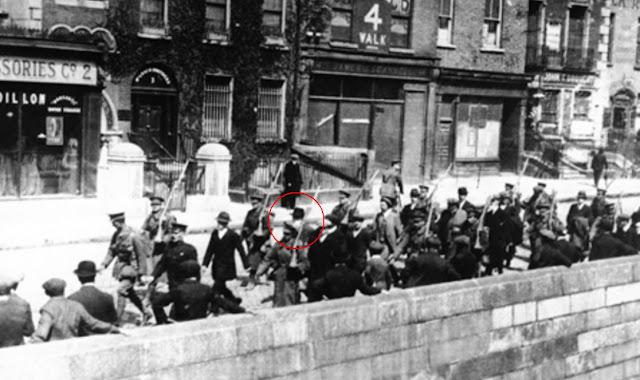 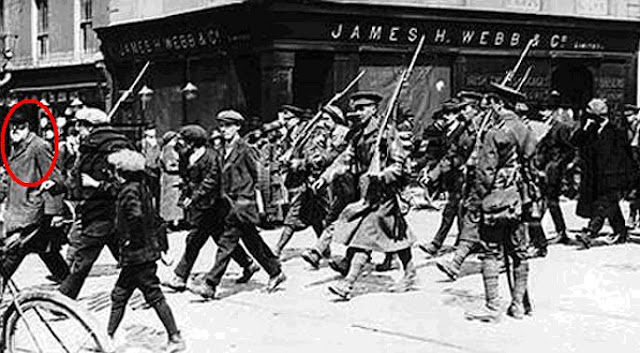 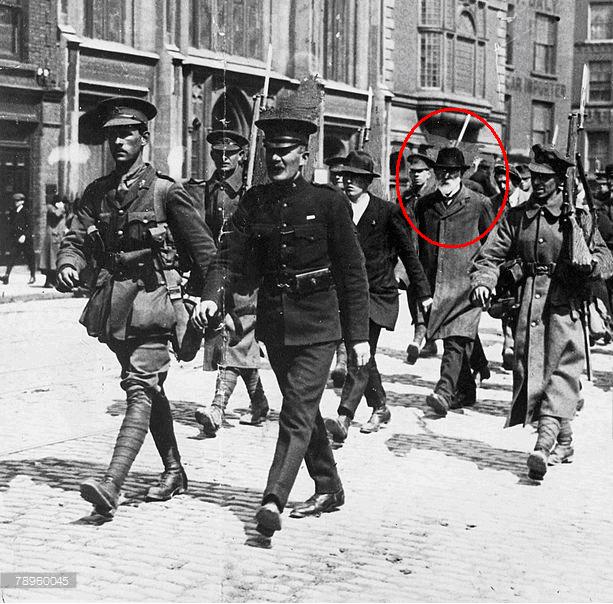 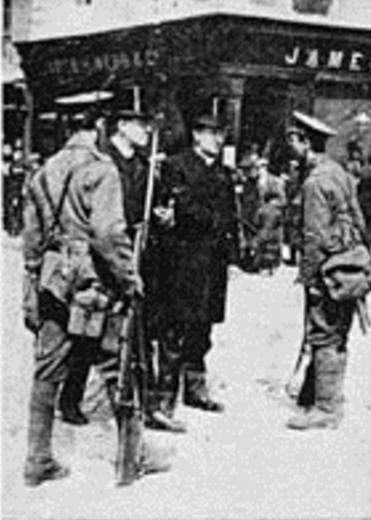 A priest is detained for questioning outside James Webb's shop, the photograph appeared in the Daily Graphic in England