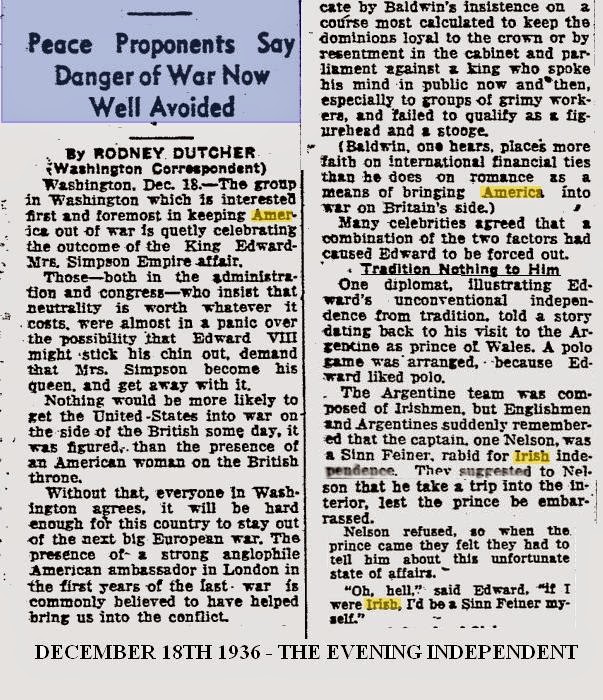 This article was published in the US seven days after the abdication of Edward VIII as King.
"Oh hell" said Edward "if I was Irish I'd be a Sinn Feiner myself"
The article refers to a polo match in Argentina and an Irishman named 'Nelson'. This refered to Jack (Juan) Nelson, the son of Kildare born John Nelson who in 1906 founded the Nationalist leaning Hibernian Argentine Review in Buenos Aires. Jack was a member of the Hurlingham Polo Club. He and another Irish-Argentinian ex-pat Arturo Kenny were part of a four man Argentine Polo team who won the gold medal at the 1924 Olympic Games. 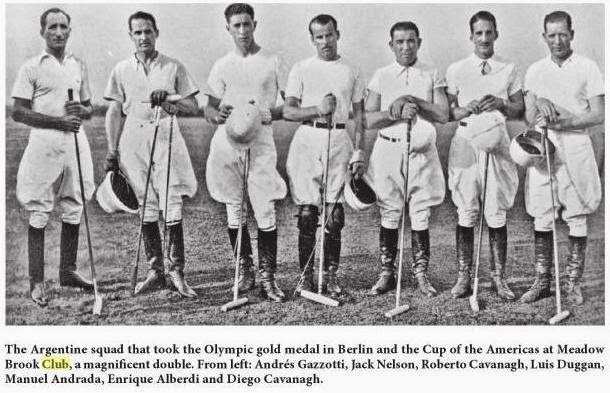 The polo match mentioned took place in 1925 during a visit by the then Prince of Wales to Argentina.
Whether there was any substance to the comments made by the 'diplomat' is hard to know but many of the facts line up.

According to Seamus Daly's Witness Statement

'I remember reading an account somewhere of the King, Edward VIII when he was Prince of Wales, and his visit to Kenya Colony where he made a speech about the British Empire, in which he mentioned that during his tour of the Colony he met a Sinn Feiner from Dublin with whom he had a long conversation. This Sinn Feiner was none other than Thomas O’Shea who at the time, was employed in Kenya colony.'

and in Aine Ceannt's statement, the widow of the executed Eamonn Ceannt

'Miss O'Brennan also lectured to University women and to other gatherings on the literature, culture and music of Ireland. In this way she aroused the interest of the educated people of America in the cause of Ireland. She travelled from East to West on several occasions, giving these lectures. Miss O'Brennan told me that at one of these meetings she had met the lady who was afterwards Mrs. Simpson and who subsequently married Edward VIII and became Duchess of Windsor. This lady was deeply interested in Ireland and was, Miss O'Brennan said, a charming person.'

In a letter to Eamon DeValera regarding the crisis at Buckingham Palace, Joe Walsh the Secretary at The Department of External Affairs wrote,
'Just as the British have used political divisions here for their political advantage we are entitled and are bound to turn their present difficulty to our own account' 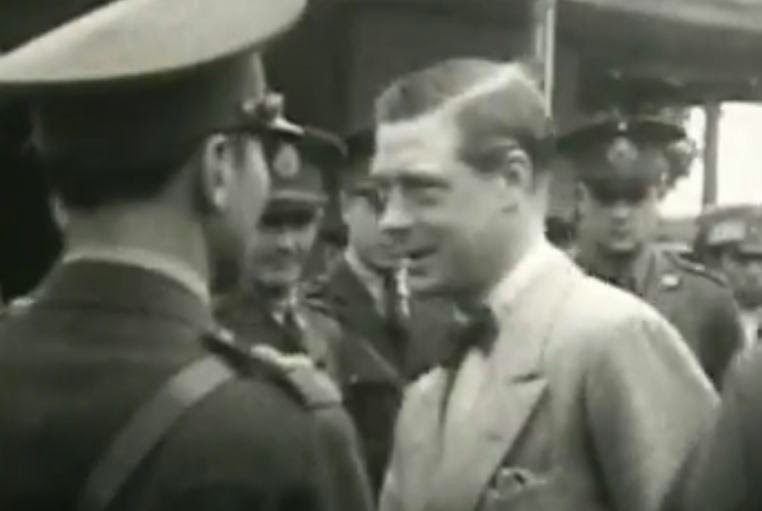 The Future King in Argentina in 1925

The brief King seemed to have leaning towards the Nationalists in Ireland and it is perhaps ironic that his abdication led to a crisis between the Free State and Great Britain as DeValera used the abdication to remove the King from his position as Head of State in the Free State,
Posted by The Archivist at Friday, May 01, 2015