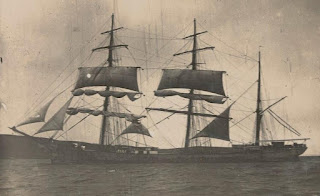 Much has been made of a naval and Zeppelin airship attack launched on the East coast of England as a diversionary tactic employed by the Germans to assist the Rebels in Ireland but just fifty miles off the West Coast of Ireland the German navy were in action. The ‘Carmanian’ was a Norwegian registered vessel that left the Argentinian port of Buenos Aires in February 1916 bound for Queenstown with a cargo of wheat. 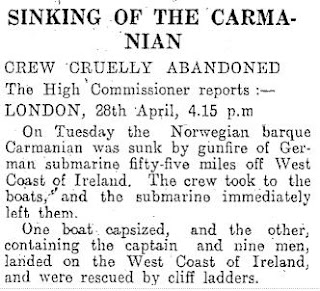 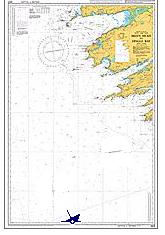 Fifty miles from the coast of on Tuesday April 25th 1916, on the second day of the Rising, she was attacked by a German submarine U19 and sunk. The crew abandoned ship in two boats, one of which capsized, drowning all aboard. The other, containing the master and nine men, reached the Dingle peninsula at Ballinabuck and the men were rescued by cliff ladders. Some of the rescuers were later commended by the King of Norway. The Times newspaper reported that a piece of plate was awarded by the King of Norway to the Rev.Thomas Jones, of Ballyferriter, Co.Kerry, and £3 each was given by the King to Patrick Connor, Patrick Lynch and Patrick James Connor, all for their assistance in the rescue of the crew of the Carmanian.