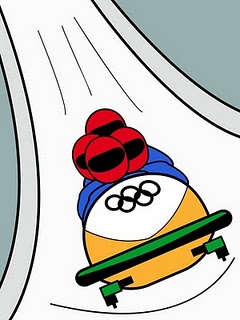 In 1917, Wexford won the All Ireland Football Final which secured the title in Hurling. In soccer Glentoran won the double taking both the League and the Cup, while for a number of months Ireland was the only place in the British Isles to the support the sport of Kings, horse racing but the most famous Irish sportsman in the United States at the time played none of these sports.

Bernard Michael Riley was born in 1891 in Ballinamore, before his family immigrated to the . By eighteen years old he was known as ‘Irish Mick’ or ‘The Wild Irish Rose of Skidom’ as Barney as he was now known became the US National Amateur Champion Ski jumper.

The Riley family had settled in , an area of the where many Scandinavians settled and they brought their tradition of snow sports to the North East of the continent.  And while names like Solberg, Bergensen, Olsen and Jensen dominated the ski slopes in the , an Irishman would break their stranglehold.

In February 1910 Riley was crowned US National Champion in front of 6,000 spectators setting a world record jump on his way to the title. He defended it successful y the following year and I 1911 even won the prestigious Nor Trophy, a competition set up by and dominated by Norwegians who had like Riley found a new home in the . He also picked up the $300 defeating a future Olympic bronze medallist Anders Haugen who competed for the despite being born in .
The newspapers of the day reported
‘At the Norwegian games he (Riley) was the possessor of enough medals to decorate a German prince, all won by his skills on the skis’

In 1913 Riley turned professional and toured the growing and successful skiing circuit. The First World War would intervene and Riley joined the US Army in 1917 being posted to when that nation entered the war, serving as a railway engineer in . Riley entry into the US Army made headlines on the sports pages of late 1917 as his fame as a ski jumper had continued to expand.

After the war he returned to ski jumping and his Irishness was trumpeted in advertising for various metes including the 1924 inaugural event at the Chester Bowl in , the state that Riley now called home. He won the inaugural event with a jump of 137 feet. He would later exchange holder of the ski jump world record with Anders Haugen at one tournament out jumping the Olympic medallist with a jump of 154 feet only to fall on landing. He would never again hold the record.

Barney Riley died in February 1939 when he suffered a heart attack and died as he was moving his car from his garage at home. In 2011, the ‘Wild Irish Rose of Skidom’ was inducted into the American Ski Jumping Hall of Fame.
Posted by The Archivist at Monday, May 22, 2017