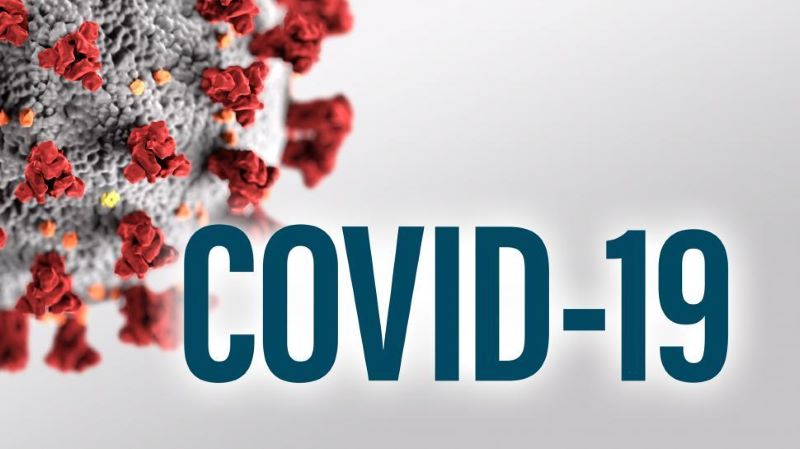 For reasons that will probably become clearer shortly, I have recently been attending counselling and one of the ‘tricks’ she encouraged me to follow was to write down all the negatives in my life and then find the positives within them and write them in a separate column. This is the result, I hope it helps someone else, even a little bit.

January 1st 2020 began like most other New Years with the fervent hope that we would have a good year. I was happily working away as a pub day manager in one of Dublin’s finest establishments, change was on the horizon as I reduced my workload there and began to focus more on my hobby, that was now paying, lecturing on aspects of Irish history. There was so much to look forward to. In March, I was invited on a funded trip to Washington DC to lecture the following October and my youngest daughter was going to go with me. In early March we sat down to plan the trip, flights, accommodation and events including a visit to the home my sporting hero’s the Washington Redskins.  Two weeks later, some new words were in our vocabulary Covid 19, self-isolation and lockdown. Paddy’s Day came and went but I was suddenly feeling unwell. I just had a cold and an irritating cough, I told myself repeatedly. It got progressively worse and two weeks later on a bright March morning, I was being wheeled out of the house by an ambulance crew in full PPE, much to the upset of my eighty-year-old mother. More new words, low blood oxygen level, temperature spikes, ICU. I had Coronavirus and I was ill, very ill.

I spent those first few agonising days in St. Vincent’s hospital, in an out of consciousness, well aware from the constant news reporting that so many were going into hospital and not coming out. I rang my children to reassure them I was OK, firmly believing that it would be the last time I would hear their voices. It was a dark time. Medical care was delivered through a glass window, communication by phone, this was no ordinary hospital stay. After pumping me full of drugs I turned a corner, the first real positive. As I was moved from ICU to an isolation room, the scariest moment happened. As an orderly in a full hazmat suit wheeled my gurney down those long plain painted hallways, a gentleman, about twelve feet in front, blew a whistle and everyone darted out of the hallways into doorways as I passed. ‘Unclean’ was the overriding feeling but the need for caution overrode everything. Another ambulance ride and a transfer to St Michaels Hospital in Dun Laoghaire was a step in the right direction. I never knew this wonderful hospital existed. The care was outstanding. I felt human again. The food was magnificent not least because my appetite and taste were back. I should have put up a TripAdvisor post to signpost their wonderful facility. Another positive as I was wheelchaired out to be collected by my sister, the feeling of wind and a light shower on my face was truly a positive.

After two weeks, I was home, still required to self-isolate, the great news was that despite the fact that she was the only person in the house with me, my mother never caught the ‘bug’. The pub was closed, the university was closed and I was the recipient of another new term ‘the Government Covid payment’. I was now out walking every day, enjoying the fresh air and occasional summer sunshine. I built up enough strength to for the first time run (truthfully a fast walk) the Women’s Mini Marathon with my family to raise funds for the Blackrock Hospice and yes, I know I’m a man but hey it’s 2020. That was a huge milestone. Then one Sunday evening as we were conducting our family Zoom quiz (yes, another new word in our vocabulary ‘Zoom’), I was rocked to the core when I was told my friend Declan, a year older than me had been found dead. He was the first person I asked to be best man at my wedding but he turned it down simply because he hated priests. But he did enjoy the reception. We were Rovers fans together travelling Ireland on the supporters’ bus, away days in Bray, no match, just a pub crawl. A road trip to London to see the first ever WWE event held this side of the Atlantic now we lined the avenue outside Mount Jerome as the hearse passed, we all popped open a can of beer and toasted his memory. It created a positive memory from a sad day. Funerals are a centrepiece of grief in Ireland, cathartic, but Covid dehumanised it, robbed the dignity of a poignant farewell, left us feeling guilty. At least the small socially distant tribute outside for Declan was a far cry from Ronan O’Rahilly’s funeral, a friend and fellow free radio advocate, whose coffin sat alone in a country church with just a priest and a web link to embrace the grief of others. It was perhaps a jolt into the reality that Covid was having in our so called normal daily lives.

The pub briefly reopened under strict restrictions. It was OK but it was tough dealing with idiots who thought they knew better and refused to follow the rules. I had been forty years working in pubs and during this period and for the very first time one afternoon, I was bitten by a drunken female customer, who did not like being told that she was not being allowed in. Another trip to St Vincent’s A&E for treatment, a tetanus shot and scarily, a HIV test. I did not realise how badly that would rock me not least the mental trauma of finding myself going back through the doors of that A&E.

On the positive side, a book I had written was published in the strangest of times but I am very proud of it, as it brought my two loves, pubs and history together and thanks to the publishers they found a perfect title ‘Thirst for Freedom’. It tells, for the first time, the story of the role of pubs, bar staff and alcohol in the fight for Irish Independence.

Then the devastating news that my Uncle in New York was diagnosed with terminal cancer. He was a fine hard-working man, a true humanitarian and he helped me and my family so much. When our own pub suffered badly after the financial crash, he rode in like the ‘Knight in Shining Armour’ and provided financial help not as a loan but as a gift. The gift wasn’t to keep the pub open but to relieve the stress of raising a young family at the time. His death hit me like a rock and to make matters worse because of Covid, I couldn’t fly over to pay my respects. A webcam of the mass was how we said our goodbyes, sanitized and impersonal. When his son died in the line of duty with the NY Fire department, I made a day trip to the big Apple to be there to say my farewells. How times had changed so dramatically.

Surely the year could get no worse. I was sorely mistaken. After feeling a bit below par and a visit to my doctor, I was back at Vincent’s hospital to be diagnosed with long Covid. Once again, the huge positive here is the care, the professionalism and the dedication of those frontline workers who have dragged us through this swamp of pain to firmer ground. I found myself back out to St Michaels for pulmonary rehab, the torture chamber of exercise. The positives are that my lungs are getting better, the lack of ‘umpf’ was lifting, I realised I wasn’t alone and the phycologist was making me write these lists of positives and negatives.

In 1992, I married the most beautiful lady in the world. We had three wonderful children together but as a famous Princess once pointed out, there was someone else in the marriage. She had the cruellest disease of all, she alas had a dependence on alcohol and it took her life. I am heartbroken, words will not reach this page to describe that pain and even though we separated some years ago, we never divorced. The hardest part was not being able to say a proper goodbye and thank her for what she had done in her short but amazing forty-nine years. She studied hard part time at Maynooth and offered her experience and knowledge learned to help children less fortunate than ours and single mothers struggling after giving birth. She spent hours in the cells of Pearse Street Garda station soothing the panic of often homeless children, who had been arrested for vagrancy and petty thefts.  But her demons got the better of her body and she slipped from this mortal earth.

The positives of that part of the story are those three wonderful strong children. I am so proud of them, how they stuck together in difficult times, there for each other, caring and wanting to do the right thing. They are her legacy and she would be proud. It gave me enormous relief that all their partners, who care for them, were there by their sides, offered support and comfort. Now for the real positive of his tale of woe for 2020, I am the proudest father of three gay children, yes, all three. I’m probably the only father in Ireland that can attest to that wonderful claim. They are in great relationships and even if they don’t last, their partners support during my three’s mothers passing, will live long in my memory. I believe in the old adage of live and let live but some narrow minded people have belittled me for admitting to three gay children, their pathetic insults do little justice to their education or background. One woman who I had got to know through a social media app during the lockdown was very happy to converse with me for almost three months but as soon as I revealed that my three wonderful children were gay. She reacted with,

‘is there something wrong with you?’ and end of conversation.

The Redskins, as a positive reinforcement of inclusivity, dropped the name and became the Washington Football Team, slowly moving with the times and into the playoffs. As I look at a different person in the mirror, yet it’s me, we have all lost in 2020, personally, emotionally, financially, physically, mentally and humanity is not the same anymore, the one important positive I will leave you with and perhaps the reason I have put these words down, is my tree looks the same as it did in 2019 and it will once again in 2021, the constant that life goes on, the fight must remain and our faith in our fellow Irishman or woman must and should stay strong.