The Tenth Anniversary of the Easter Rising on 2RN in 1926 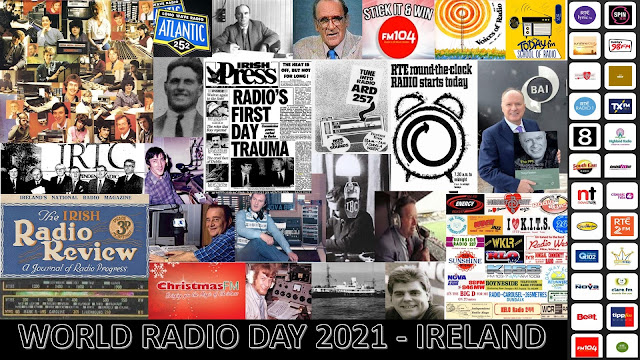 The tenth anniversary of the Easter Rising would have been ideally commemorated on the new radio service 2RN in Ireland but the opportunity was missed. The new station had begun broadcasting on January 1st 1926. The new service, while in pole position to bring takes of the Rising to a wider audience was hampered by two rules. Firstly, the station director Seamus Clandillon was urged by the Government to avoid any political discussions on the airwaves and with the bitterness of the Civil War still fresh in the minds of many, discussions on the Easter Rising was not about to be allowed rock the boat.

Some of those who had taken part in the Rising did appear on air over the Easter period 1926 but they were confined to performing musical items. The second problem for 2RN was that for much of Easter weekend 1926 they were off the air. As part of their license from the Government the station was silent on Holy Thursday and Good Friday. The rest of the weekend Holy Saturday and Easter Sunday was devoted to orchestral and classical music performed live in the 2RN studios on Little Denmark Street. On Saturday the station was on air for just three hours 7.30pm to 10.30pm with the following schedule,

While on the Sunday there was only two hours broadcast which was entirely made up of music from the Army Band conducted by Colonel Braise. Easter Monday's programmes were again on air for three hours from 7.30 with the entire schedule presented by the Gaelic League, whose then President Douglas Hyde had been the first voice on the new station the previous January.

On the streets, there were parades and commemorations which were widely reported in the newspapers but the new 2RN did not even have a news service to report on the 1916 events. As the years moved on from the iconic events of 1916, Irish radio and later television extensively covered the events that took place to commemorate the Rising but in 1926, the new medium of radio did not feature.