In the early 1990’s I read Maurice Gorham’s book ’40 Years of Irish Radio’ and after a couple of pages I came across the startling discovery for me that the rebels during the 1916 Easter Rising ‘broadcast to the world’. I thought,

‘why are we not celebrating this unique historical fact more?’

I began to research the subject slowly to find out if it was, as some history books put it ‘a happenchance event’ or that it could not be really described as a radio station as no one had heard these broadcasts. In an old Jackdaw publication from the 1970’s, that my parents had bought me as a birthday present’ was many facsimiles of documents relating to the Rising and one of those was a signed order from James Connolly ‘to protect our wireless station’. 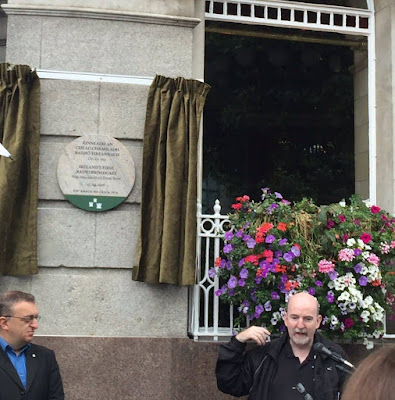 For the next twenty-five years when work and family time allowed me, I continued to research the subject and the picture emerged of a truly historical event, that Ireland became the first nation in the world to be declared by radio. The culmination of that research was my 2016 book ‘Rebel Radio’ published by Kilmainham Tales Teo. It sold extremely well, and it led to the commemoration of the rebel broadcasts erected at the site of station, now the Grand Central Bar on the corner of O’Connell Street and Middle Abbey Street. 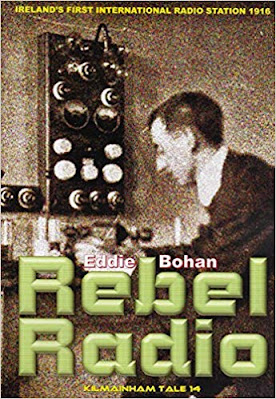 Since the publication more information has come to light of both the scope and success of the station and I want to share some of it here with more appearing in the next edition of the book due out in 2022. 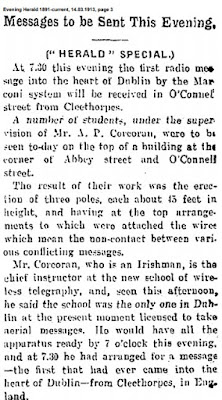 First are pictures of the actual aerials and equipment that was used by rebels in 1916 and taken in the rooms that the rebels seized in April 1916. These pictures were taken when the Irish School of Wireless Telegraphy originally opened in March 1913 as a subsidiary of the Northern Wireless School, that was based at 47 Market Street, Manchester. Photographed sitting at the table in front of the receiver in the station is the School’s chief instructor when it opened A. P. Corcoran, a former Naval Marconi wireless officer. We know it is the equipment used by the rebels as the School was closed in 1914 by the British authorities under the Defense of the Realm Act at the beginning of the First World War. 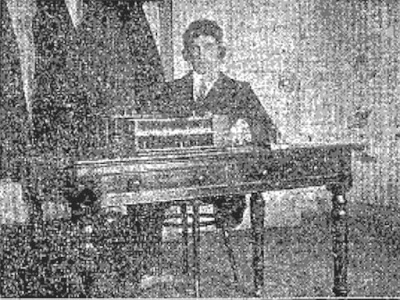 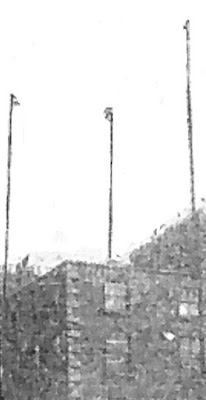 The aerials on the roof of Reis's Chambers. Taken down after the enforced closure at the beginning of the First World War. They were left on the roof and partially re-erected by the rebels including John Blimey O'Connor and Fergus O'Kelly to allow the rebel broadcasts. 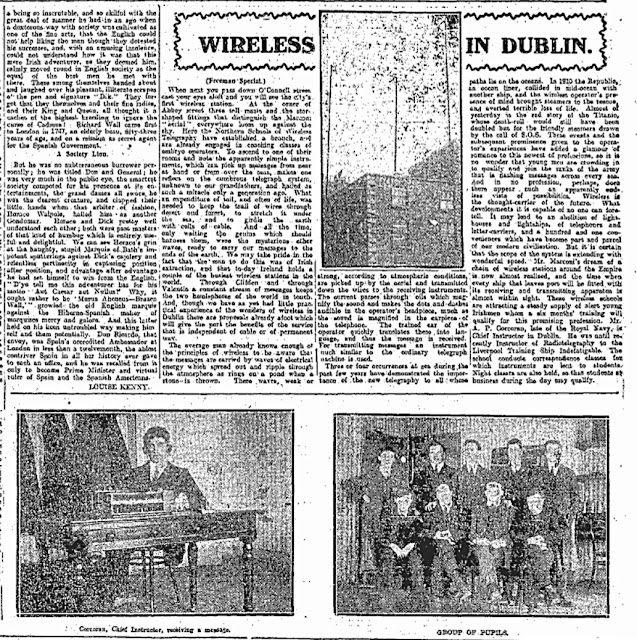 In the aftermath of the Rising and Reis’s Chambers completely destroyed where the rebels had broadcast from, the Marconi Company who had leased the equipment to station owner Phillip Keston Turner (later to be one half of the duo who invented Hi Fi), claimed for damages for the loss of the equipment used to run the Wireless School. 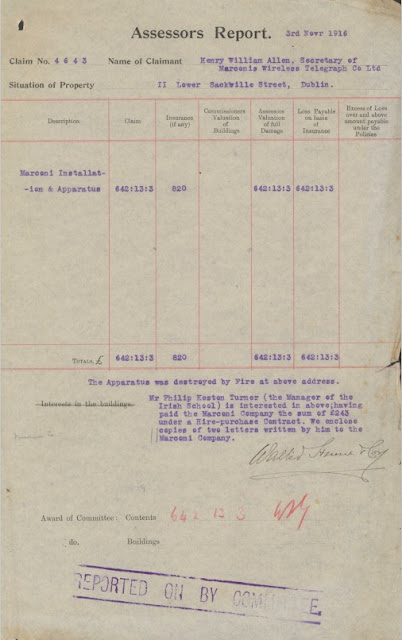 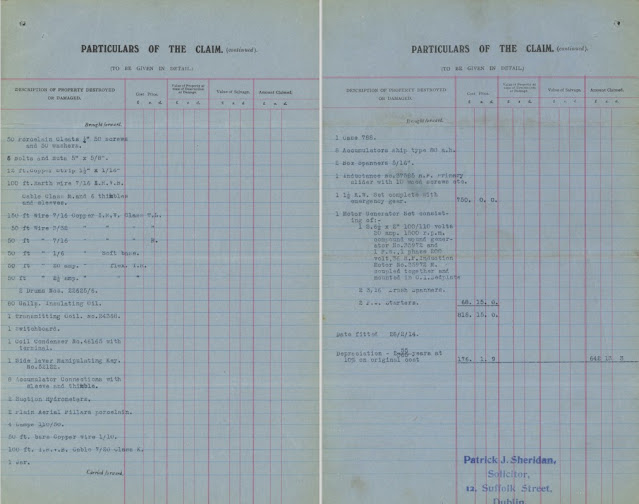 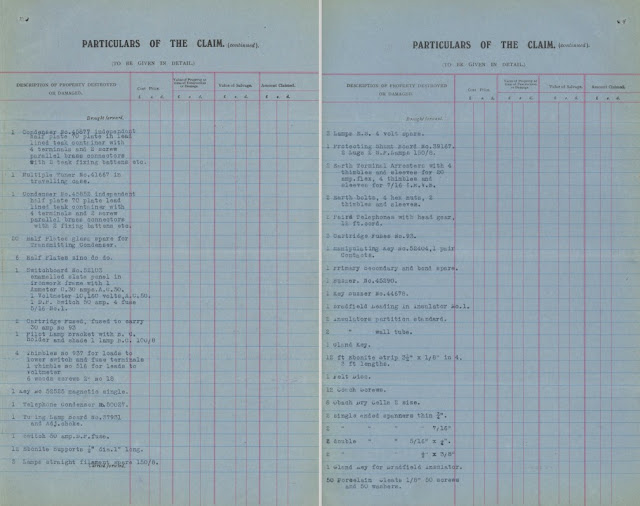 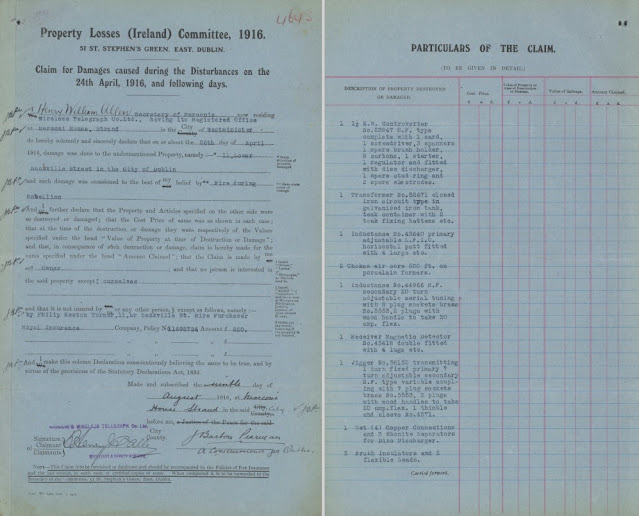 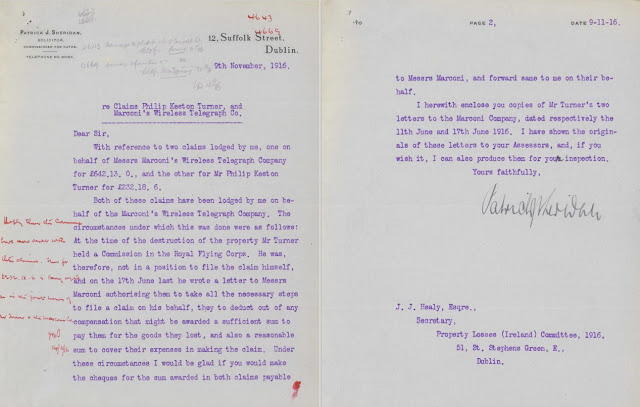