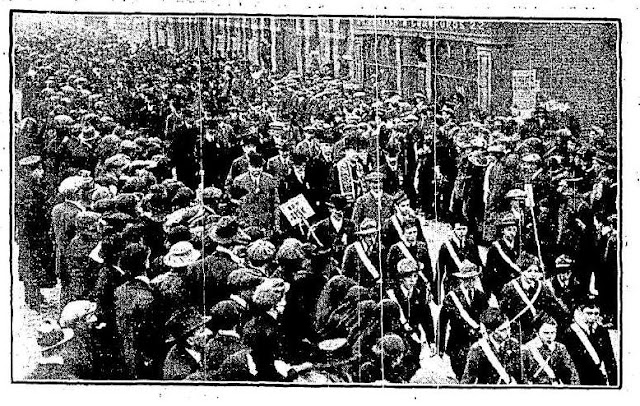 On St. Patrick's Day March 17th 1916 many of the usual holiday festivities were curtailed in deference to the Irishmen who were fighting on the Western Front, but many parades did take place across the country with thousands of uniformed and armed Irish Volunteers marching through the streets. Dublin and Cork had the two biggest parades but from major towns to villages all across Ireland parades took place and the British failed to act to prevent these militias marching in formation down the streets.