The Pubs of Ringsend Walking Tour - Episode One 'NORTH'S' 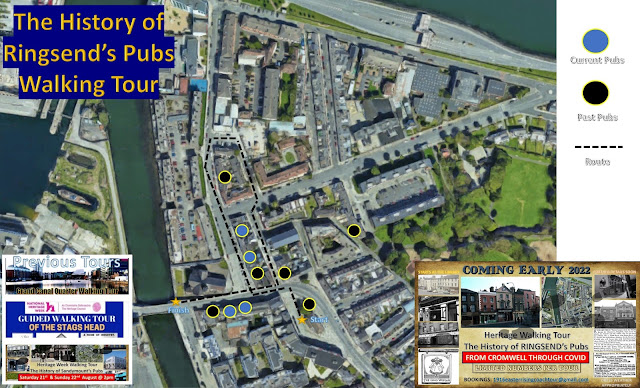 Coming in 2022, following the successful ‘The History of Sandymount’s Pub Walking Tour’ and ‘The Pubs of Rathmines Tour’, we will be bringing you ‘The Pubs of Ringsend Heritage Walking Tour’. To whet your appetite for some of the stories and tales you will hear, we will bring you over the coming weeks some of the histories of the pubs no longer open. Today we will be starting with North’s public house, in coming weeks we’ll bring you the histories of The Sign of the Highlanders, The Old England Tavern and the Hobbler’s End.

Now just a memory, but for many of an older generation in Ringsend and Irishtown, Peter North’s pub on Bridge Street in Ringsend brings back happy memories. Alas long gone but if you walk through the lounge door of John Clarke’s public house today you will have walked the route of many of North’s customers. 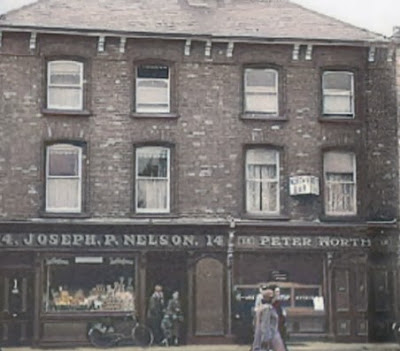 Peter North was a popular publican who received extensive coverage in Irish newspapers in October 1967. Peter was celebrating his hundred birthday and was described in the Irish Press as ‘probably the oldest publican in the country’. While still living above the pub, he had retired from serving pints to the locals just three years earlier as his health began to fail.

He had been born on Upper Baggot Street and served his first pint, aged sixteen, in the pub that had been opened by his father Morgan North in Ringsend. A lively sportsman, Peter, along with his brothers Francis and Bartle, played for the Isles of the Sea GAA hurling club and they won the Dublin County Championship in 1890. Peter later recalled,

‘it was some sight with 42[1] players on the field. There used to be some awful scrimmages.’ 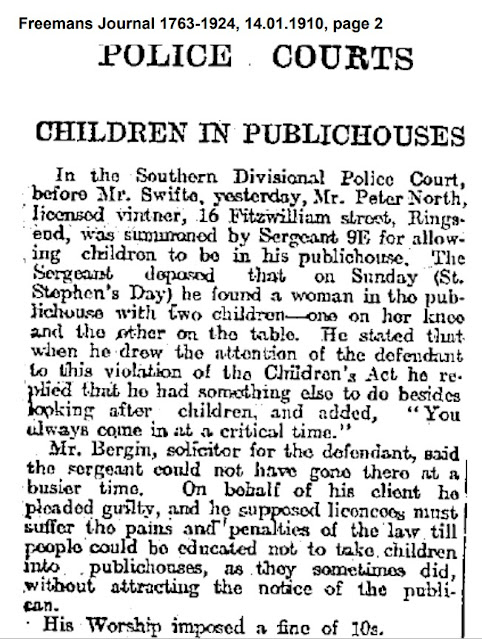 His brother Bartle was the first superintendent of the electricity generating station at the Pigeon House when it opened in 1904[2]. His son Bartle junior became a popular bookie in Ringsend with a shop on Fitzwilliam Street. Morgan North’s public house was located on the corner of Fitzwilliam Street and Thomas Street as it was known then, now known as Irishtown Road. The newspapers reported that in 1910 Peter North of 16 Fitzwilliam Street was fined by the courts for allowing children on his premises despite the fact that their mother was with them. 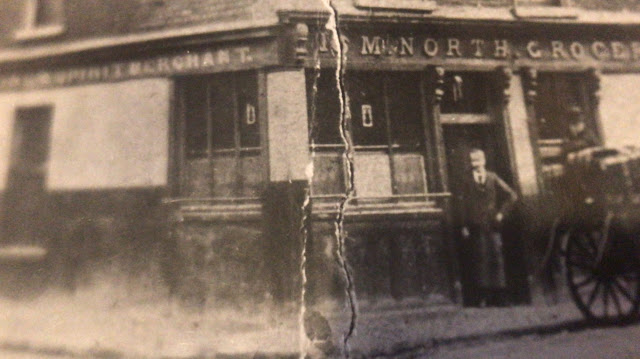 Morgan North pictured at the door of his pub on Fitzwilliam Street pictured in 1910
Source : Brian Siggins through his son Gerard

Today that former North public house is home to the National Council of the Blind shop. Morgan’s only daughter Mary Catherine married Valentine Nelson, the son of another Ringsend publican Joseph Nelson. The Nelson’s also ran a butcher shop on Bridge Street. In the early twentieth century, following a Pembroke Estate decision to renovate many of the properties on the part of Fitzwilliam Street that connected with Cambridge Avenue, by 1916 the North’s had moved their public house to a building next door to the Nelson’s on Bridge Street. Peter often fell foul of the licensing laws and was raided and fined on a number of occasion for serving outside permitted hours including on Good Friday 1940 after which he was fined £2 and had his license endorsed. The following June he was raided again for serving afterhours with thirteen customers on his premises. He was fined twenty shillings and was lucky not to lose his license. 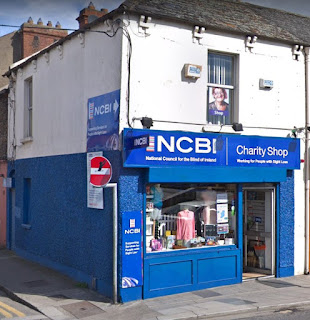 The pub on the Fitzwilliam Street had seen previous owners Michael Holden in the 1830’s and Edward Smith in the 1850’s before the North’s arrival. Following Morgan North’s premature death at the age of just forty five, his pub’s license was operated by Anne Lowe who seemingly employed the young Peter North as a barman until he became of age to run the pub himself. 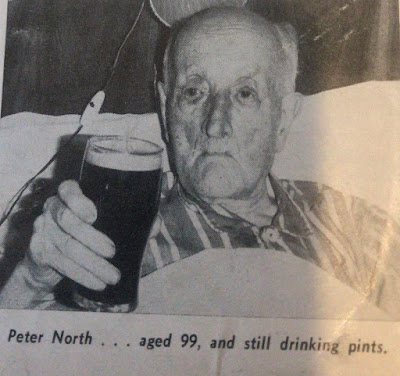 Having celebrated his centenary in October 1967, just three months later in December the popular local Ringsend publican passed away peacefully and enjoyed one of the biggest funerals seen in the south Dublin suburb. When both Nelson’s[3] pub and North’s pub were sold they were joined into one pub with a bar and lounge owned by the popular Dublin publican family, the Dwyer’s.  Today the pub is occupied by John Clarke and family who had traded for many decades successful just up the road in Irishtown. 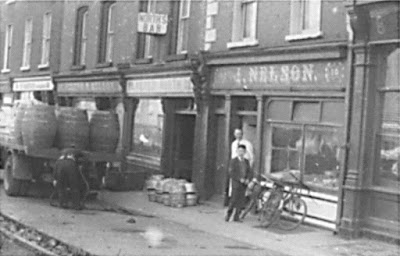 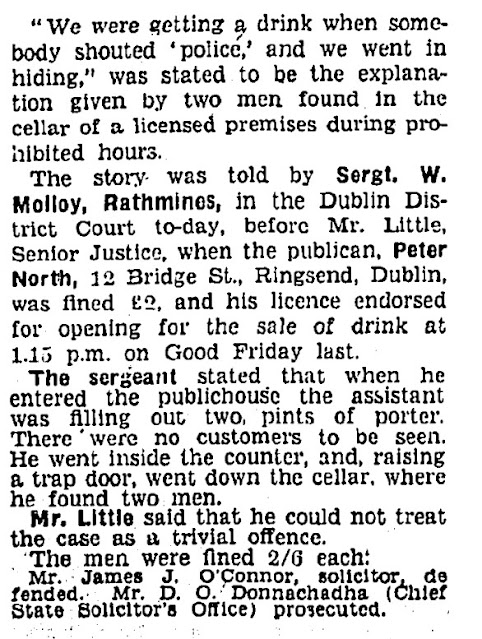 Posted by The Archivist at Thursday, November 18, 2021