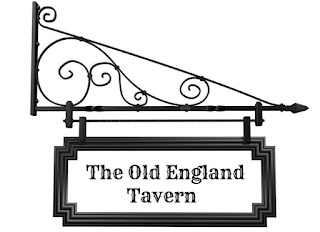 Welcome to Episode Four of our series on the pubs of Ringsend. These stories will form the basis of the forthcoming The Historic Pubs of Ringsend Walking Tour in 2022 and a book on the history of the pubs in both Ringsend and Sandymount. Today we will look at the story of another long lost pub in the Village, ‘The Old England Tavern’.

Located at Number 6 Thorncastle Street, this pub began life as ‘The London Tavern’ in the early 1800’s. By 1850 it was in the hands of John Nickells (or Nicholls) and it was Nickells that renamed the pub as ‘The Old England Tavern’. There had been a previous incarnation of ‘The Old England Tavern’ for many decades at 10 Georges Quay but when it was sold in the 1840’s and renamed the tavern title became available. 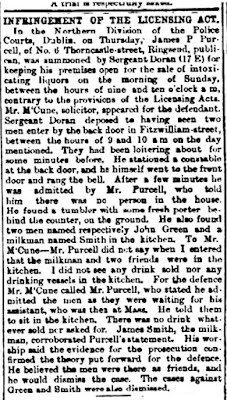 In the 1870’s it was purchased by Patrick Mulholland. Mulholland was declared a lunatic, which was a nineteenth century name for an alcoholic. Following his death, ‘The Old England Tavern’ was run by his widow Mary. Mary died on July 29th 1884, following which her pub was put on the market by the executors of her will in November of that year. It was purchased by James P. Purcell, who within weeks of opening found himself in court on a charge of serving afterhours and was fined. Purcell obviously over-extended himself as he was declared bankrupt on December 14th 1886. On April 1st 1887 the pub was sold at the auction house of Frank Hodgens to James Byrne for £270 (£37,000 in today’s cash). Byrne stayed just five years in Ringsend before selling his pub to William McEvoy in 1892. 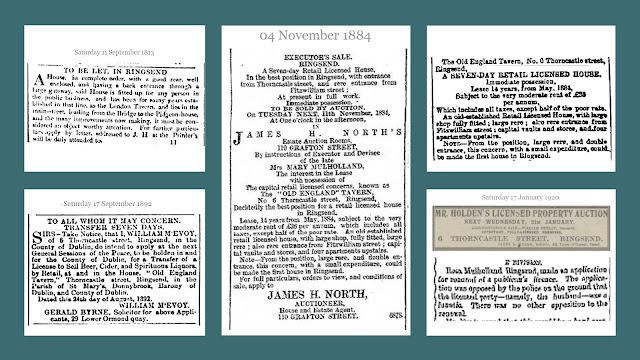 In 1906 the pub was purchased by Tipperary born Thomas James Carroll, the license being transferred from Joseph Mulholland into Carroll’s name. Carroll was a married man, having married Elizabeth from Kildare in 1900. On September 18th 1908, the pub was raided by the local police from Irishtown for serving afterhours after a number of men were spotted playing billiards in the pub after closing time. The last occupant of Number 6 Thorncastle Street was William Phelan but upon his death the pub was sold in January 1920. The pub was described as having a, 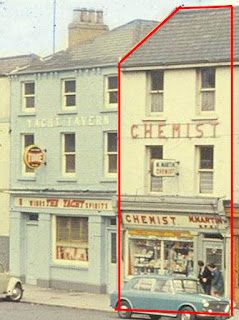 When the property was sold for £2,530, the license was allowed lapse and a grocery business was operated from the building. In recent decades, under various names the former Old England Tavern has been a chemist. In the next Episode we will feature one of the most fascinating pub history in Ringsend and so vast is that history that the story will be spread over three posts. We will begin next with the early history of the pub known today as THE OARSMAN.

Posted by The Archivist at Wednesday, December 08, 2021